So, this is the story behind my mum’s maiden name, which was Wedgwood. She often used to rant (Through the heat of the moment, I think!) that she wished she had never married (Dad wasn’t the best!) nd remained a Wedgwood! Anyway, It wasn’t until I was a teenager that I found out she was a distant member of the famous Wedgwood pottery family. (At the time, I knew nothing about this famous pottery family) Apparently, her eldest sister had looked into the family history after her father had mentioned it to her whilst he was in one of his drunken stupors.

Somewhere down the line, so my mum told me, one of the male Wedgwood’s married one of the maids in the house. So, because of that, he was written out of the family fortune because he had married ‘Beneath’ him. (Those posh folk eh, bloody silly if you ask me!)

My mum owned two Wedgwood candle sticks, which she obviously wasn’t bothered about because unbelievably, she allowed me to use them as pretend guns and as makeshift goalposts for my homemade Subbuteo game! I remember accidentally breaking one of them, but I have no idea where the other one went! (Sorry mum and antique collectors, shame on me)

So, as luck (Or not) would have it, we were distantly related to renowned Labour MP, Anthony Wedgwood Benn until his death in 2014. Benn was born in 1925, a year before my mum was born. Mum passed away in 2006, but the facial resemblance and their physical stature were uncanny.

Sometime during the early to mid 80s, he came to the town I live in to deliver a speech in the run-up to a general election. (At least I think it was a general election) My mum went to the hall, dressed in her Sunday best to where he was ‘giving it some’ to the baying Labourettes, and had a photograph taken with him. When I saw the photograph, it was as if brother and sister had come together in one of those long lost family reunion shows on tv.

Unfortunately, I have no idea what happened to my mums photographs when she passed away. (My brother or sister may have them but we’re not in touch) 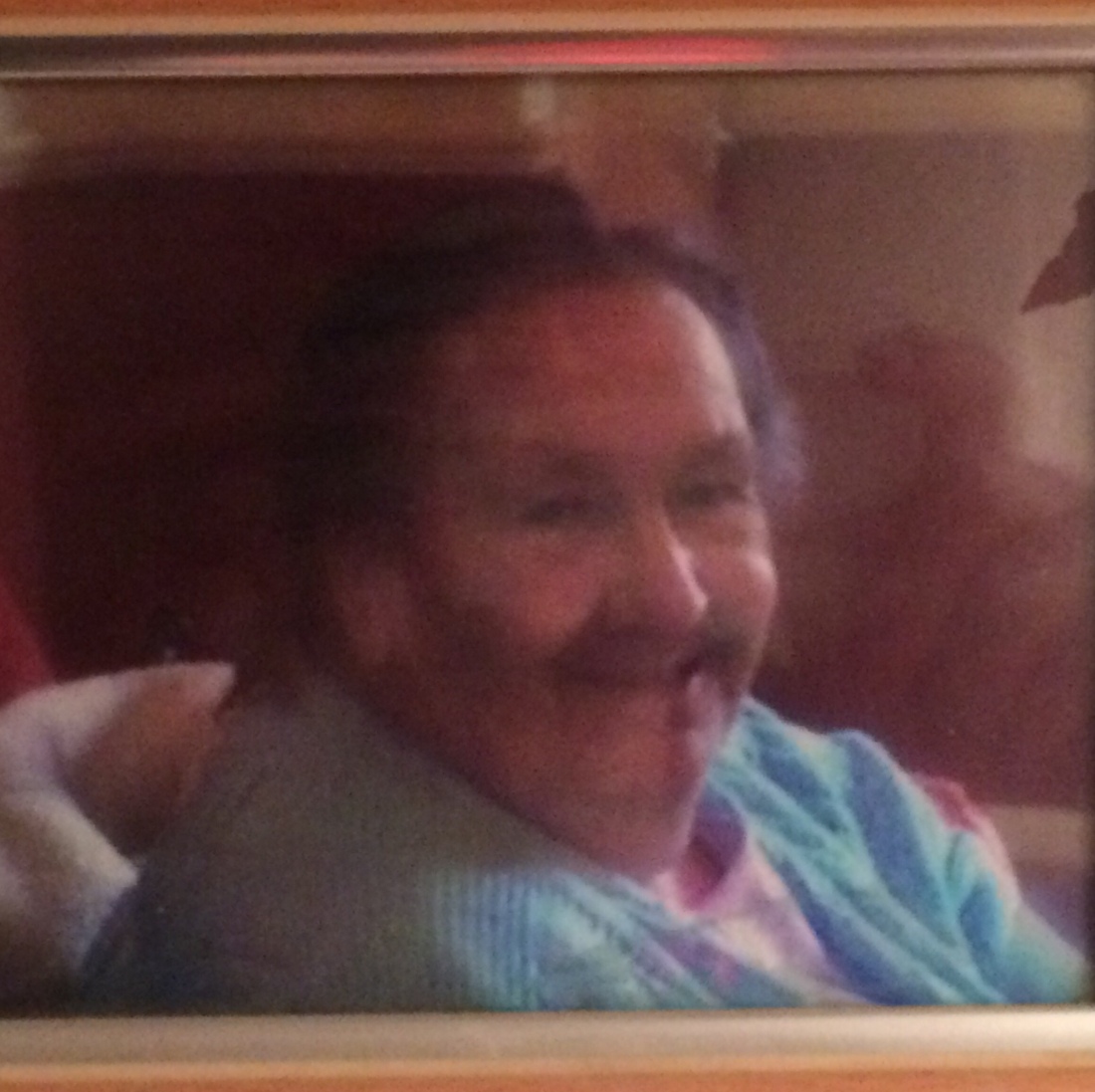 Although this isn’t the best photograph of my mum, I think it illustrates a definite resemblance.

The photograph of them together was really nice, he had his arm around mums shoulder and their smile was almost identical!

For years after I would affectionately call her ‘Wedgy’ just to get her gander up because he ‘Tony’ was often referred to by the same name.

Come to think of it, mum had a very similar view on politics as Mr Benn, very much an old socialist who never missed a chance to voice her opinions on the “They all piss in the same pot” brigade.

This memory came back to me today because she would always sit in front of the television on Remembrance Sunday and cry when they played the last post.

I like to think that if there is some sort of afterlife, then mum’s sat with Tony, chatting with him about his policies and teasing him with “Where’s my share of the family fortune”?

My mums father (Grandad) fought in the First World War, So for Grandad, and all those who lost their life. We will remember them.

Freelance writer, Husband to Angie, (In a fashion) father to 4 grown up children, (I think) grandfather to 3 beautiful boys and a brand new Grand daughter. In the process of writing my first novel. University graduate in English Literature and History BA Hons. TEFL Masters qualification. Level 3 NVQ Health and Social Care. Qualified in administering medications. View all posts by astijake John

12 thoughts on “In The Shadow Of Wedgwood”