A couple of days after nail bars and hairdressers were reopened after (you know what) I was commanded to take my wife to her friends nail bar in a nearby local village called Holmewood.

So I drove Angie (Wife) to the nail bar, dropped her off and went for a drive to kill time whilst she pampered herself for what would probably be 2 hours!! (Why doesn’t she bite her nails like I do, it’s free and easy)

I was driving aimlessly and suddenly remembered that I hadn’t been to Sutton Scarsdale Hall for many years. It was only a short journey so I made my way there.

I had forgotten what a beautiful spot in Derbyshire it is. I pulled into the carpark and took a stroll around the ruins.

The building you see in the photographs below was constructed between 1724-29 but there was a grand hall on the site before 1002, which is mentioned in the Doomsday book. Apparently some of the halls interiors were transported to the good ole U. S of A sometime in the 1930s and kept in storage in New York City until Pall Mall Films bought them and used them in various movies made during the 1950s.

Some of the baroque interiors are kept on display at the Museum of Art in Philadelphia and the Huntington Library in California.

Despite the shell, it’s still quite an imposing building, as is the wife (Jokeeeee) Years ago, myself and a few workmates went ghost hunting here after 11pm, which I wrote about in one of my earlier blogs.

I thought about that as I meandered at my leisure and thought I may actually become a ghost if I didn’t get back to the nail bar to pick Angie up!

When she got in the car she displayed her nails, waving her fingers around, asking me if I liked them. I replied by waving my fingers around asking her if she liked mine!

Got to love married life.

Hope you like the photographs as much Angie enjoys her nails! 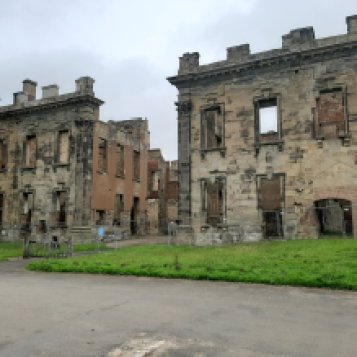 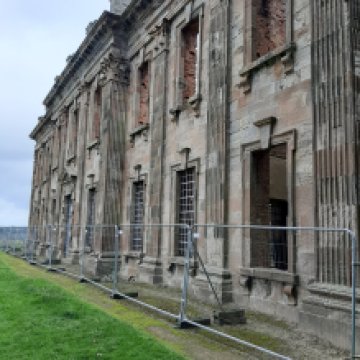 Freelance writer, Husband to Angie, (In a fashion) father to 4 grown up children, (I think) grandfather to 3 beautiful boys and a brand new Grand daughter. In the process of writing my first novel. University graduate in English Literature and History BA Hons. TEFL Masters qualification. Level 3 NVQ Health and Social Care. Qualified in administering medications. View all posts by astijake John

92 thoughts on “Nails Led to Sutton”